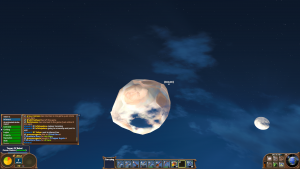 A view of the Meteor with a Face visible on it's surface.

The meteor is a natural disaster that will impact the Eco world in 30 real-life days on default settings.

Players can research technology to counteract the meteor by destroying it.

In server configuration, the time until meteor impact can be changed, or the meteor can be disabled entirely. 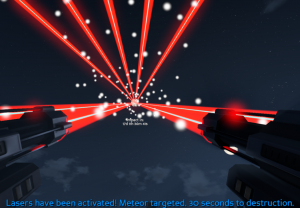 Players can research technology to counteract the meteor, ultimately destroying it by building four lasers and a Computer Lab, along with a large amount of power.

The lasers need to have the meteor in sight to activate and they take 30 seconds to charge, so don't wait till 0 seconds to turn them on. 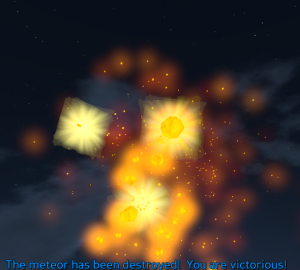 After the initial impact the sky will turn a stormy green and grey as a meteor shower begins. Smaller meteors will randomly fall leaving craters all over the surface of the world. This goes for a some time—about 8 and a half minutes—but will stop.

The meteor will not kill the player regardless of how far or close they are to the impact location. 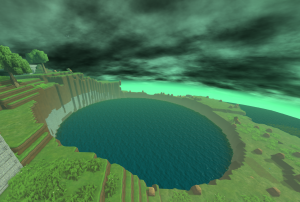 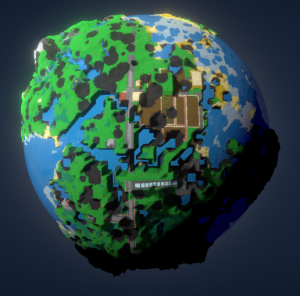 After the meteor shower stops the sky will return to normal and the world will resume only with a lot of craters over the surface, maybe a few destroyed buildings, and possibly less plant and animal life. It is up to the players to restore the world from this state. 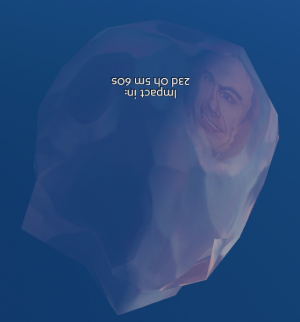 There is a profile picture of what appears to be John Krajewski, project lead and designer of Eco, on the meteor. One can see this closely as the meteor travels around the world at a height 150. The image was believed to be taken from the Serious Play Conference site.

Retrieved from "https://wiki.play.eco/en/index.php?title=Meteor&oldid=8254"
This page was last edited on 26 February 2022, at 01:02.
Content is available under CC BY-NC-SA 4.0 unless otherwise noted. Contents of the game "Eco" are intellectual property of Strange Loop Games - all rights reserved.
Privacy policy
About Eco - English Wiki
Disclaimers