Iron Ore is a resource that can be gathered with any pickaxe from iron ore veins, which are found within Sandstone.

It appears to be most abundant in the Desert biome, about 25 blocks below the surface. It can also be found beneath Grasslands.

Iron Ore is refined into Iron Ingots at a Bloomery or a Blast Furnace. 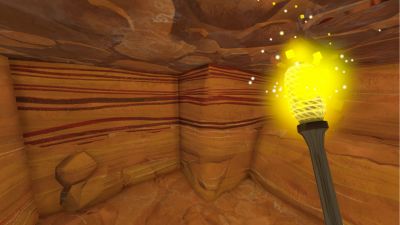 Iron Ore is found underground (or occasionally exposed above ground) within Sandstone. It appears as a block that can be distinguished by darker and more pronounced streaks than the surrounding Sandstone.

“Unrefined ore with traces of iron.

Retrieved from "https://wiki.play.eco/en/index.php?title=Iron_Ore&oldid=5599"
Categories:
Hidden category:
This page was last edited on 27 February 2021, at 13:10.
Content is available under CC BY-NC-SA 4.0 unless otherwise noted. Contents of the game "Eco" are intellectual property of Strange Loop Games - all rights reserved.
Privacy policy
About Eco - English Wiki
Disclaimers