These Law Examples are player-created laws, made on the Web UI. These laws can be used to accomplish common goals in-game, such as reward players for cleaning up tree debris, impose a wealth tax, or punish inactive players.

Keep in mind that some of the laws here may have been created in older versions of Eco, therefore their appearance, clauses, or effects in-game may be outdated.

Translation from symbols In one of the v0.8.2.x updates the mathematical symbols were changed to their wordy definition. To help translate from the symbols used in the old examples to the new version, see this list.

For further help, ask in the #law-help channel on the Eco Discord server.

Tax money from the wealthy and allocate money to the poor once per day. 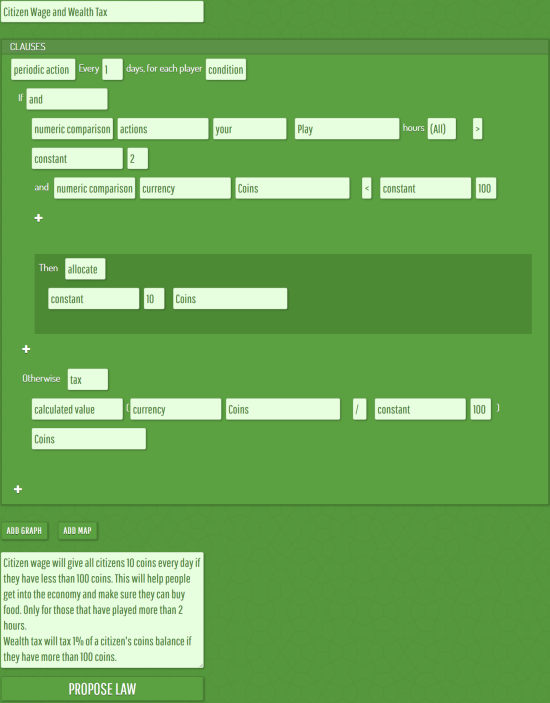 Law examples to clean up after inactive players.

(Remember > is greater than) 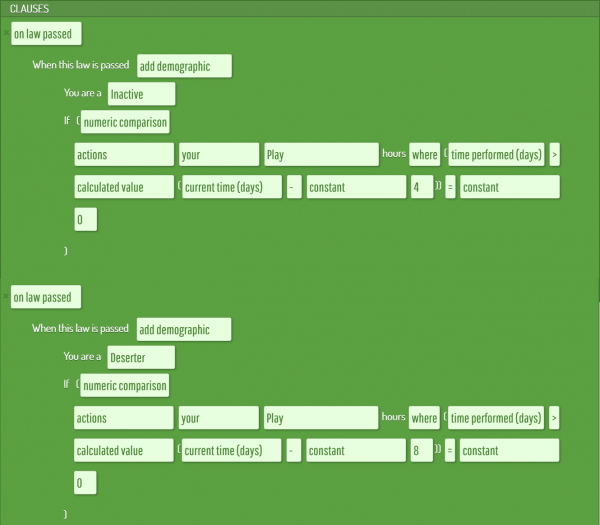 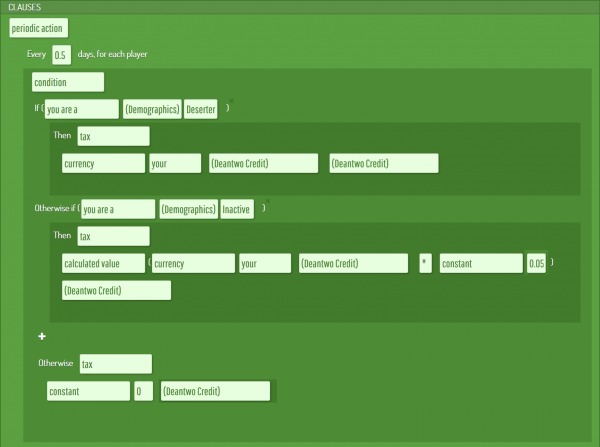 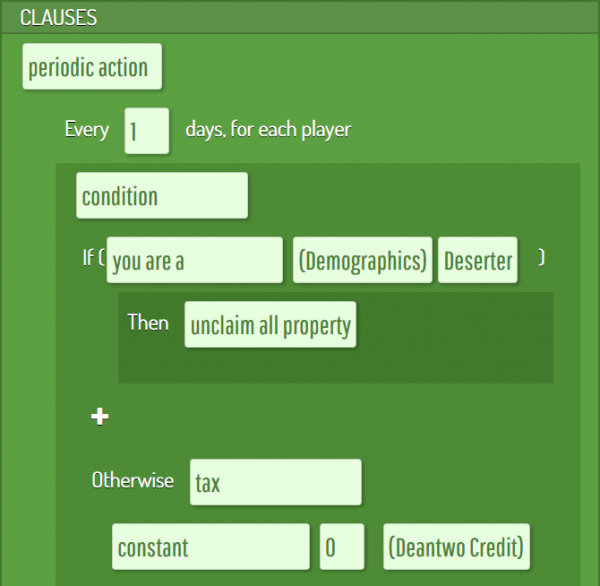 Retrieved from "https://wiki.play.eco/en/index.php?title=Law_Examples&oldid=8395"
Categories:
This page was last edited on 4 March 2022, at 19:27.
Content is available under CC BY-NC-SA 4.0 unless otherwise noted. Contents of the game "Eco" are intellectual property of Strange Loop Games - all rights reserved.
Privacy policy
About Eco - English Wiki
Disclaimers